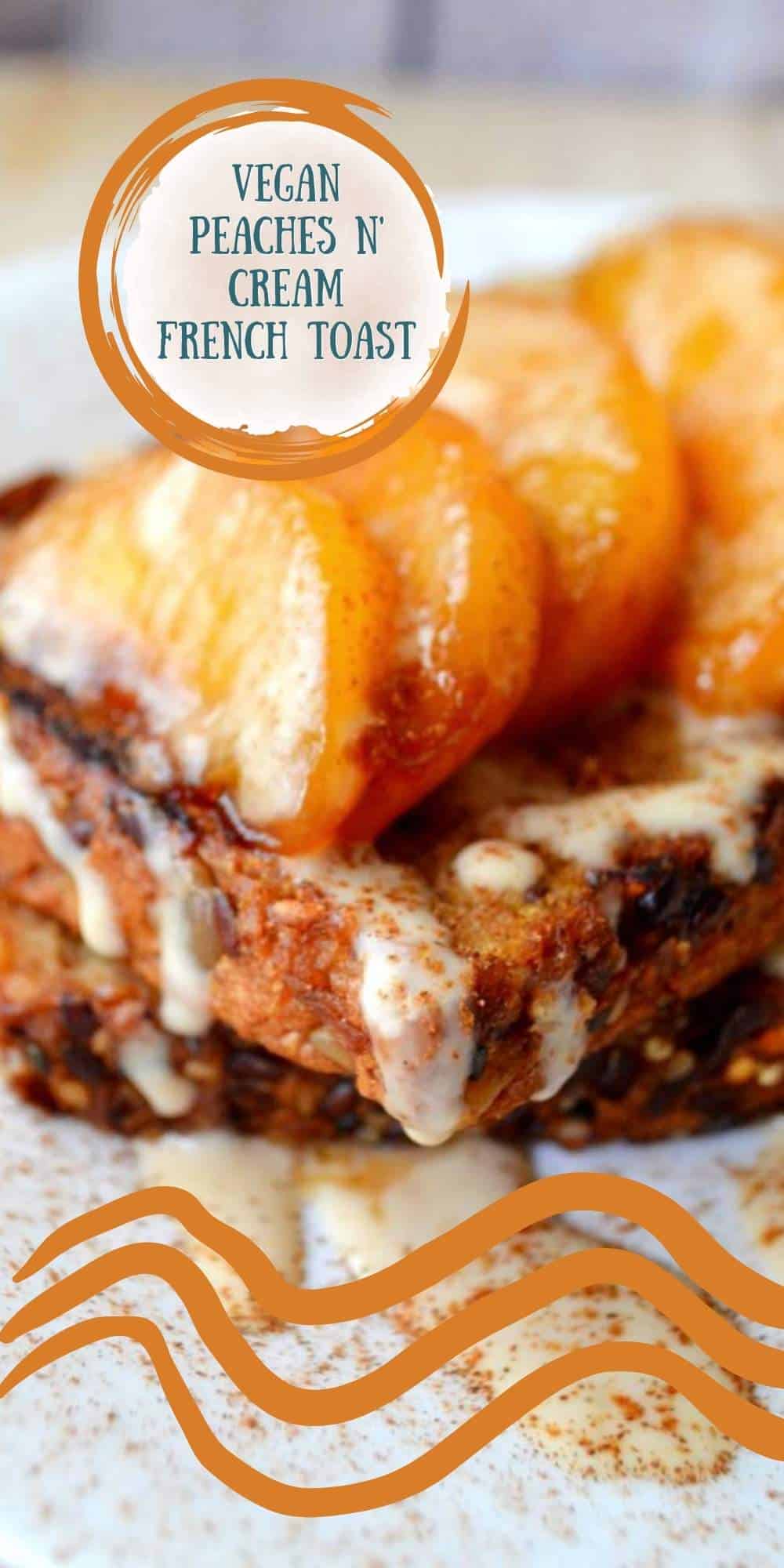 This article may contain affiliate links. please check out my policy!

A delicious breakfast made easily with frozen peaches! Battered with a thick, egg-like batter, then fried to perfection and topped with caramelized peaches and a sweet and tangy cream.

French toast is probably one of my favorite breakfasts, but with no where having a good vegan french toast that I know of, I had to just make my own. It was so very worth it!

In the mood for a sweet something else for breakfast? I've got you covered with some apple cinnamon oatmeal!

Why you need to try this recipe:

I have only tested this recipe with the Bob's Redmill egg replacer for this recipe. However, I have heard this can work with Just Egg or even aquafaba.

Use any bread you can find. Typically french toast is made with a thick, french brioche type of bread but we do not live in a place where fancy vegan brioche bread exists and all of the french bread has allergens, haha. Really, any bread is fine.

Apple cider vinegar is optional depending on the sour cream you go with. I find that some vegan sour creams need a little more sour injected and ACV is perfect at doing that. Attenion Tofutti fans, here's your hint to make it more sour.

Step Two - Whisk everything until well combined, then set aside and allow it to thicken.

Step Three - In a saucepan, add the peaches and cook until softened, then add brown sugar.

Step Four - Cook until the peaches caramelize a bit and become sauce-like.

Step Six - Mix well and allow to sit so that the sugar dissolves better. It should be sweet, yet tangy.

Step Seven - Dip the bread in the batter and get it well coated.

Step Eight - Fry up the bread!

👩🏻‍🍳Cook's Top Tip
If you feel the batter is too thick, cut back on the egg replacer. Optionally, you can also use Just Egg product. I would season the Just Egg with a bit if sugar, cinnamon, and kala namak.

French Toast is best eaten right away, but if you must store it for later:

Check out my other amazing breakfast recipes!

Do the French eat French Toast?

If you're ever in France, do not ask for French Toast. French toast is not actually French. Instead ask for "Pain Perdu" which translates to "lost bread". The roots of French toast date back to Ancient Rome.

Is French Toast supposed to be soggy?

The outside of French toast should be crispy while the inside custard-like.

How long will French toast keep in the fridge?

Around 4-5 days at most. Most food starts to lose flavor after day 3 so keep that in mind. You could also freeze it for later!

If you try the recipe, don't forget to rate it and leave a comment! Thank you so much! 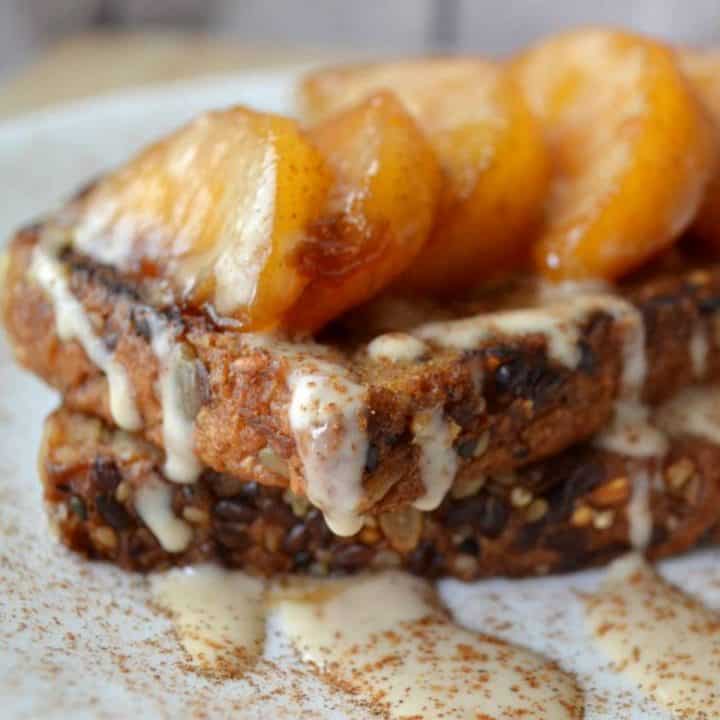 Share on Facebook
Whether you're in the mood for breakfast, dessert, or dinner, this is sure to satisfy you. A delicious, tangy, and sweet sauce tops off this easy-to-make dish!
Cook20 mins
Servings - 2
Prevent your screen from going dark

Nutrition Facts are a rough estimate without considering extras and is a general baseline. Please make your own conscious decisions or consult a professional about the food you consume. This recipe belongs to Planty Of Eats

Plants are the star of the meals here! I make budget-friendly, easy, usually accessible vegan meals. Unfortunately, I can't tell you everything here, so you've gotta click below and

get to know me and what this site is about

Find me on these social medias!

It's almost time for the big game!